Red and Yellow, Black and White, they are precious in His sight….. 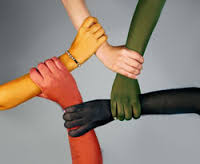 Racism stares you in the face everyday and everywhere – directly or indirectly, consciously and unconsciously –  on the bus, in the supermarkets, in the work place, during conversation etc. – everywhere. It is constantly trying to remind and subject ‘you’ to the corner of inferior thinking that ‘you’ are the lesser race, ‘you’ are a big nothing, your existence does not matter and your views not relevant. In return, it births unhealthy emotions such as anger, offence, bitterness and rage – all other inner conflicts – you get the picture?

This thing called racism has a strategic agenda which is nothing other than to destroy and eliminate that which it has termed as inferior. Hatred and anger is then stirred in the hurting hearts of the oppressed against that which terms itself as ‘superior – the oppressor’.

I have thought of this thing called ‘Racism’ and I too have experienced it in so many ways, and at so many levels. I have been hurt, cried and have almost gotten to the point where the emotions listed above have tried to take over my thinking until one day I had had enough and went to God to talk, I prayed – show me what the enemy does not want me to see, teach me how to deal with this thing called racism and now, the rest is history.

You see I have come to recognise that the one thing racism refuses to acknowledge is the fact that we are all HUMAN BEINGS! Humans who have the same system and organs that keep us all functioning upon this earth – every human, irrespective of their skin colour has a body,  a soul (will, mind and emotion) and a spirit – the structure is the same. We have so many things in common and do so many things alike – our differences make us unique and should make us more appreciative of each other.

Sickness, joy, fear, sadness, pain and death knows no colour and does not choose who it comes to based on skin colour – it just comes…..Racism clouds the minds of its victims and causes them to see and interpret life from a dark and ignorant perspective. This thing called racism has come to stay and will strive within each new generation to stir up wickedness, oppression, hatred and offence. 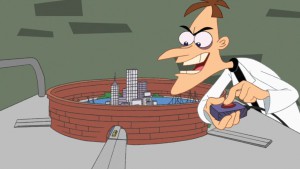 Calling a spade a spade, racism is nothing other than a wicked spirit (the spirit of satan) which hates the human race, why? because the human race has been created in the image and likeness of God himself. Satan wants us to destroy each other by pressing the self destruct button!

After this I looked and saw a multitude too large to count, from every nation and tribe and people and tongue, standing before the throne and before the Lamb. They were clothed in white robes, with palm branches in their hands. 10 And they cried out in a loud voice: “Salvation to our God, who sits on the throne, and to the Lamb!”…Rev.7:9

You see, racism will die and cease to exit when the NEW CREATION comes alive and awakens to her true identity – Christ in us the hope of glory. The DNA of this new creation has nothing to do with the old but has everything to do with the the Life of God. It is time for the NEW CREATION – me and you – to arise. Arise in your sphere of influence, rise with the mind of Christ that has already been given to you. Arise to your true identity and put off things of the old man/nature!!! After all, we have been called to a good fight of faith (1 Timothy 6:12), a fight of victory where we have already overcome by the blood of the lamb and the word of our testimony – We win when we ‘fight’ this ‘spirit’ as the NEW CREATION who is in right standing with the Father.

I refuse to define myself by the definition the world has for dark skinned people yet I do not deny the fact that my brothers and sisters have suffered at the hands of racism. I also acknowledge that not all white skinned people are racist for they too have in one way or the other experienced racism. However, I choose to press on toward the mark for the prize of the high calling of God in Christ Jesus (Phil.3:14) and define myself by Christ!

Remember, you can’t pretend that racism does not exist, that in itself is another form of ignorance.

I leave you with the words of a very old Sunday school song written by  Clare Herbert Woolston, “Red and Yellow, Black and White, we are precious in His sight.”