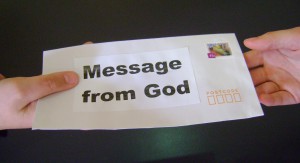 Today, I thought we could look at prophetic words by trying to address the question, “why some words spoken over our lives often seem like they don’t come to pass?”

Let’s start by looking at what a prophetic word is? A prophetic word is a word given by ‘someone’ to another person or a group of people for the purpose of edification [to promote their spiritual growth] and [speaks words of] encouragement [to uphold and advise them concerning the matters of God] and [speaks words of] consolation [to compassionately comfort them] – 1 Corinthians 14:3 (AMP)

A prophetic word can be a word of knowledge, or simply put, the word of God concerning you. It is primarily instructive or predictive by nature. God is either revealing something about your future and/or he is giving a strategic instruction of what he needs you to do with details on how he wants you to carry out his plan concerning your destiny. We see this in the instruction given to Noah to build the ark when the word of the Lord came to him, we also see this in the building of the temple where the word of the Lord gave specific instructions on who was to build the temple and how. Or when the angel of the Lord appears to Mary and predicts that she will conceive a child or Elizabeth when the word of the Lord came to Zechariah about the birth of John the Baptist. Or Abraham who received an instructive word – “Go from your country, your people and your father’s household to the land I will show you” – Gen.12:1 and further to this word, he received a predictive word telling him that he will have a son in his old age – Gen.15.

God is constantly speaking to us, he wants to communicate with us, after all, we were created for his pleasure and we are his children. 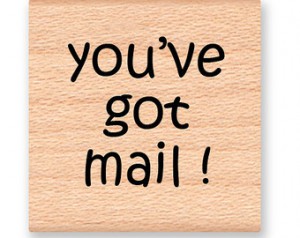 So, why then does it appear that most of the prophetic words we receive often seem not to come to pass or take longer than usual?? This is such an interesting question, one that I have asked myself but I think I have an answer that can address this issue.

You see, God’s spoken word is still very much active and alive. There are some prophetic words that when spoken over your life do not necessarily require any action on your path, God sovereignly fulfils it for example, the Holy spirit overshadowing Mary to fulfil the Word whilst there are others that require you to cooperate with him by taking action.

We take action by receiving the prophetic word by faith and acting upon it. He has already released the word over you and that word is spirit and life – meaning that it is substance and energy having the innate ability to fulfil itself – therefore receiving it by faith directly activates it to manifest in and through us in this realm.

Don’t give up on the prophetic word aptly spoken over you rather lay hold of it; record, meditate, pray, declare, visualize! do All you can with all you have got until it becomes your reality!

However, I must emphasise on the importance of testing the spirit behind the prophetic words that you receive. Bible says to test every spirit 1 John 1:7. Not to forget though, YOU CAN HEAR GOD FOR YOURSELF!